In Hwange everything is big. The 14,600 square kilometers (5637 square miles) is roughly the size of Belgium or Wales. Its teak and mopane woodland is home to the second largest elephant population in Africa, and Hwange boasts what is believed to be the biggest population of African wild dog left in the world. As an added bonus, the Hwange safari is also celebrated for massive herds of buffalo.

Big cats such as lion, leopard and cheetah abound here, and at night, nature's smaller nocturnal predators reveal themselves. If you're fortunate you will see the elusive serval cat, the opportunistic pointed muzzled civet and bat-eared foxes. Hwange is also an important breeding ground for lesser seen animals, including the black rhino and the majestic roan and sable antelopes.

Because of its close proximity, a safari to Hwange works exceptionally well when combined with Victoria Falls. For an even greater experience, we'll include Botswana in an itinerary for you, as it will give you an encompassing safari of wide open bush and African wetlands, not to mention plenty of photographic opportunities. 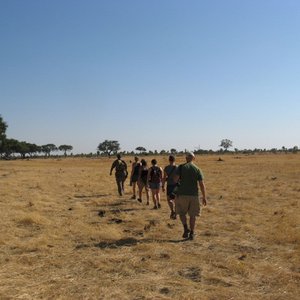 Walking safaris are a good way to experience Hwange, most lodges offering this activity
© Photo by Safari365's client Kerry W from Ireland 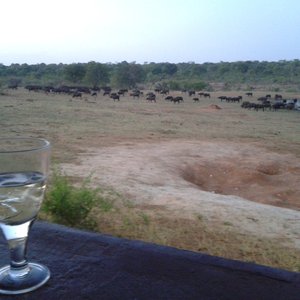 Gameviewing from your deck isn't complete without a sun-downer!
© Photo by Safari365's client Sean K from United Kingdom 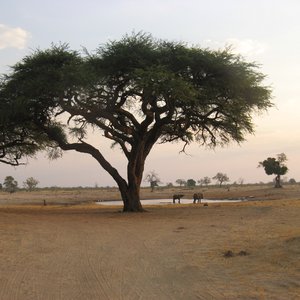 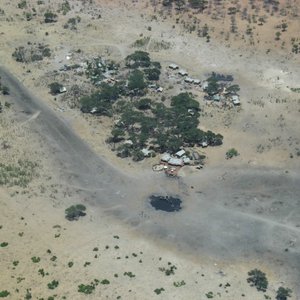 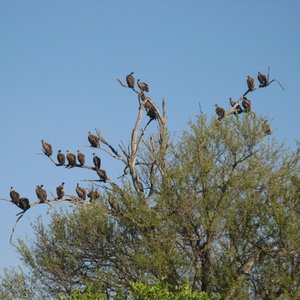 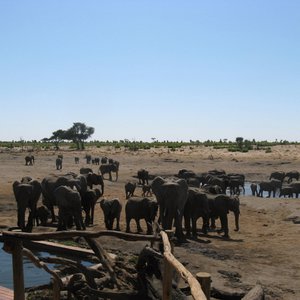