Located at the foot of the Rwenzori Mountains in western Uganda, Queen Elizabeth National Park is the best places to see Uganda's wildlife. The park extends over an area of around 2000kmÂ² and features open savannah grasslands, rolling hills, lush forests, and a remarkable collection of volcanic cones and deep craters.

This is a must for a full Uganda safari experience, home to lion, leopard, elephant, and various antelope species. Uniquely, the park is also home to the rare Ugandan kob, as well as the tree-climbing lions of the Ishasha region whose males sport black manes "“ a feature unique to the lions in this area. In addition to the wide variety and density of wildlife, bird watching in the park is nothing short of spectacular, with over 600 species of bird species found here "“ a quarter of Africa's total birdlife.

The National Park does not offer walking safaris (only regular 4x4 safaris) but does also offer boat cruises on the Kazinga Channel. This will provide sightings of enormous Nile crocodiles and the world's largest concentration of hippos. Because Queen Elizabeth National Park is largely devoid from large crowds of tourists, your experience with Uganda's wildlife is as real as it gets. There are also balloon safaris on offer (most lodges will facilitate this at an extra charge)

Roads are decent enough, and the option also exists to fly to QENP from Bwindi or Entebbe. Lodges are located both inside the park and on its borders, but we recommend choosing a private safari lodge inside the park 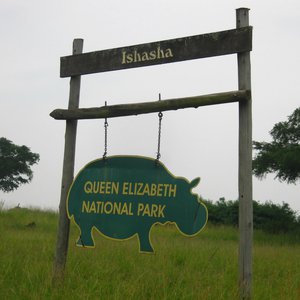 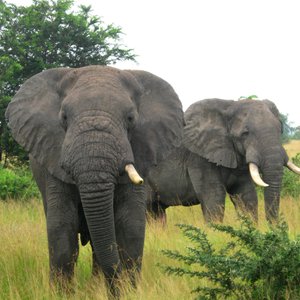 Numerous elephants, buffalo and lion can be sighted in the park
© Photo by Safari365's client Yolandi M from Australia 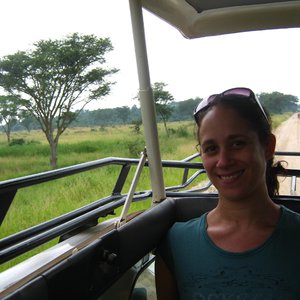 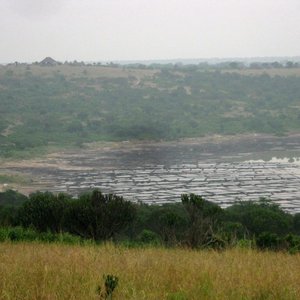 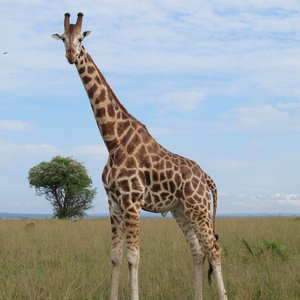 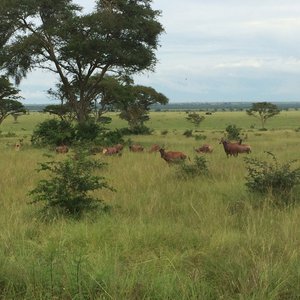 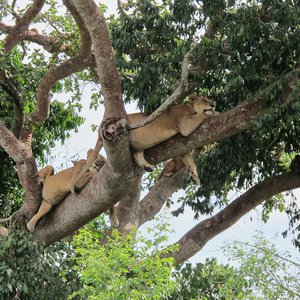 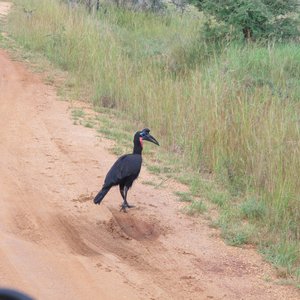 Birding is popular throughout Uganda