Southern Serengeti
and The Ndutu Area

The Southern Serengeti is made up of vast endless short grass plains that stretch southwards from Naabi Hill and extends through the extinct volcanoes of the Ngorongoro Highlands all the way to the dramatic Gol Mountains.

The southern plains is best for a safari between December and May, when the annual Great Migration of millions of wildebeest searching for lush, green grazing, passes through. The Southern Serengeti is the most fertile area and its phosphorous-rich grasses make it the ideal location for the Great Migration calving season. Lasting for about a month, calving season is around early/mid February when approximately 8000 young wildebeest are born every day. During this time of year the young calves are easy prey for hungry predators and visitors can expect to see lots of lion, hyena and cheetah action on their Southern Serengeti safari. Much of Southern Serengeti lies outside the boundaries of the Serengeti National Park, which means off road driving and walking safaris are permitted (unlike other areas in the Serengeti).

A safari to the Southern Serengeti plains is extremely seasonal and during the dry season (May-October) this area is transformed into a semi-desert, holding little resident game. Herds drift off the plains as the area dries out, but large numbers of gazelle will remain longer and in turn keep cheetah in the area. Even as the plains start drying out, there's a good chance of sighting elephants, as well as smaller cats such as Serval and Caracal.

In stark contrast to the rest of the Southern Serengeti, the Ndutu area contains shallow soda lakes, swamps, grasslands and woodlands and offers refuge to a number of resident game all year long - providing an excellent safari in Ndutu even in the dry season.

There are only a few permanent lodges in Southern Serengeti, but a number of mobile camps operate throughout the Migration season.

Featured Camps and Lodges in Southern Serengeti
and The Ndutu Area

Unique setting on the banks of Lake Masek in the Ndutu Area.

Our Guest’s Southern Serengeti
and The Ndutu Area Gallery 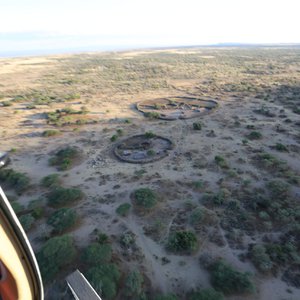 Outside the southern Serengeti, Maasai kraals as seen from the air
© Photo by Safari365's client Felix C from Luxembourg 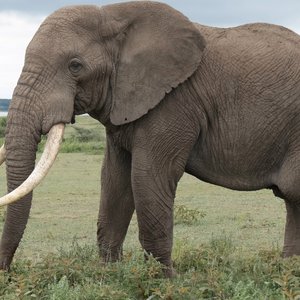 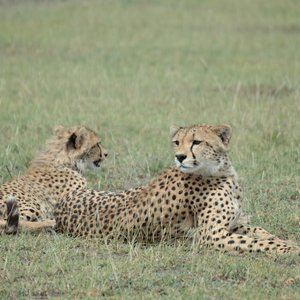 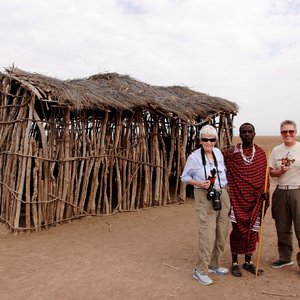 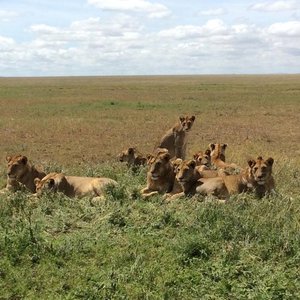 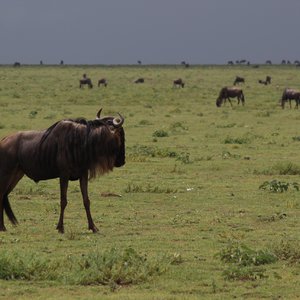 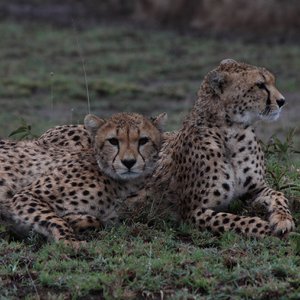 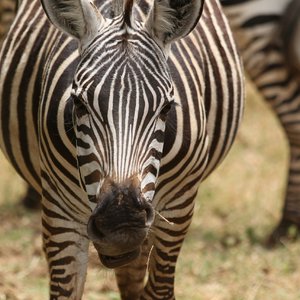 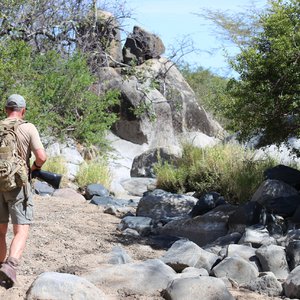 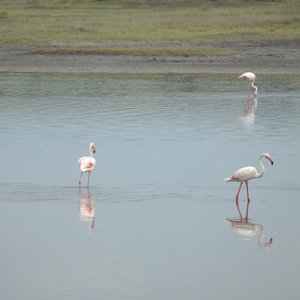 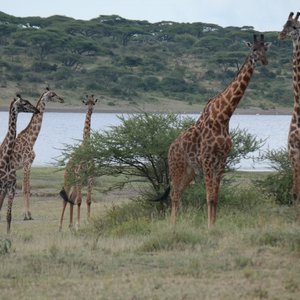 Latest Guest Reviews for Southern Serengeti
and The Ndutu Area