The Drakensberg and Midlands

The Drakensberg and Midlands is marked by its breathtaking natural beauty and is a sight to behold. Riddled with cascading waterfalls, crystal mountain streams, rock pools and lush yellowwood forests it is also rich with bird and plant life and a great destination to visit.

The magnificent Drakensberg mountain range stretches well over 200km and forms a massive natural border between KwaZulu Natal and the Kingdom of Lesotho. Aptly named as the 'Dragon Mountains', the Drakensberg Mountains are the highest in Southern Africa. Referred to in Zulu as uKhahlamba, meaning "barrier of spears", the Drakensberg Mountains is a world heritage site and features 200 million-year-old geological formations, as well as tens of thousands of rock and cave paintings made by the San people over a period of 4000 years depicting their daily life.

This is a hiker's paradise and the famous peaks of Giants Castle, Cathedral Peak and Mont-Aux-Sources offer some of the best and most strenuous hiking in South Africa. Aside from hiking, the region's nature reserves of Himeville Nature Reserve, the Sehlabathebe National Park and the Sterkfontein Dam provide a range of activities to be enjoyed on your KwaZulu Natal holiday.

In close proximity is the KwaZulu Natal Midlands - a charming and picturesque area that reflects English settler character and tradition, offering a range of accommodation to suit each taste and budget, from fine country accommodation to secluded mountain lodges.

A visit to the Drakensberg and Midlands can easily be combined with a thrilling KwaZulu Natal safari or a beach escape in Durban and surrounds. Should the battles and history that shaped South Africa interest you, visit the Battlefields & The Zulu Kingdom.

Our Guest’s The Drakensberg and Midlands Gallery 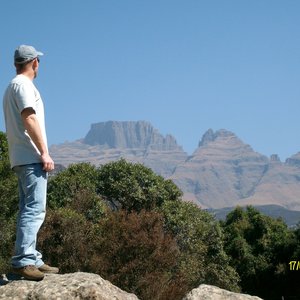 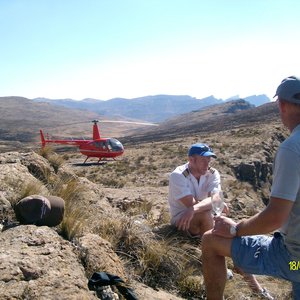 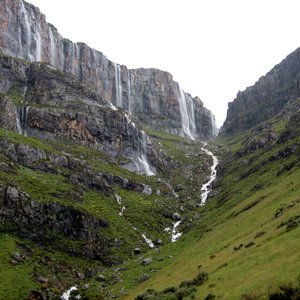 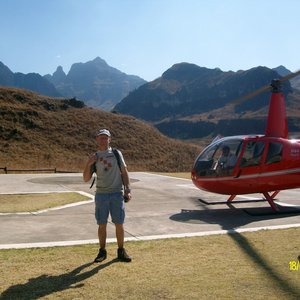 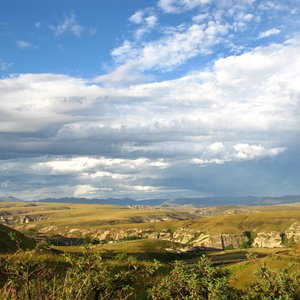 The views are spectacular, looking down on the Kwazulu Natal province
© Photo by Safari365's client Anna L from Sweden 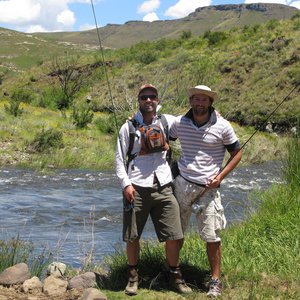 Fly fishing is a popular pastime, with target species yellowfish and trout
© Photo by Safari365's client Anna L from Sweden 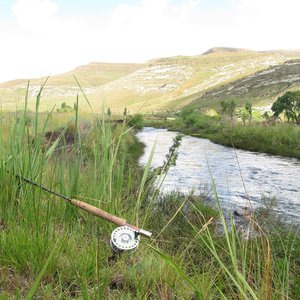 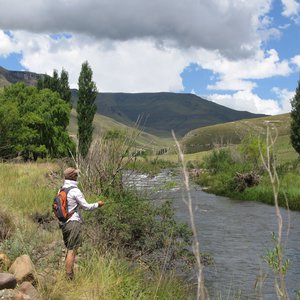 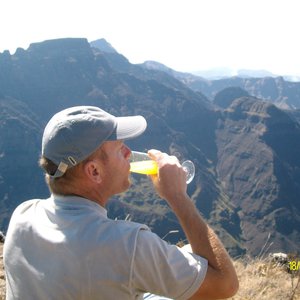