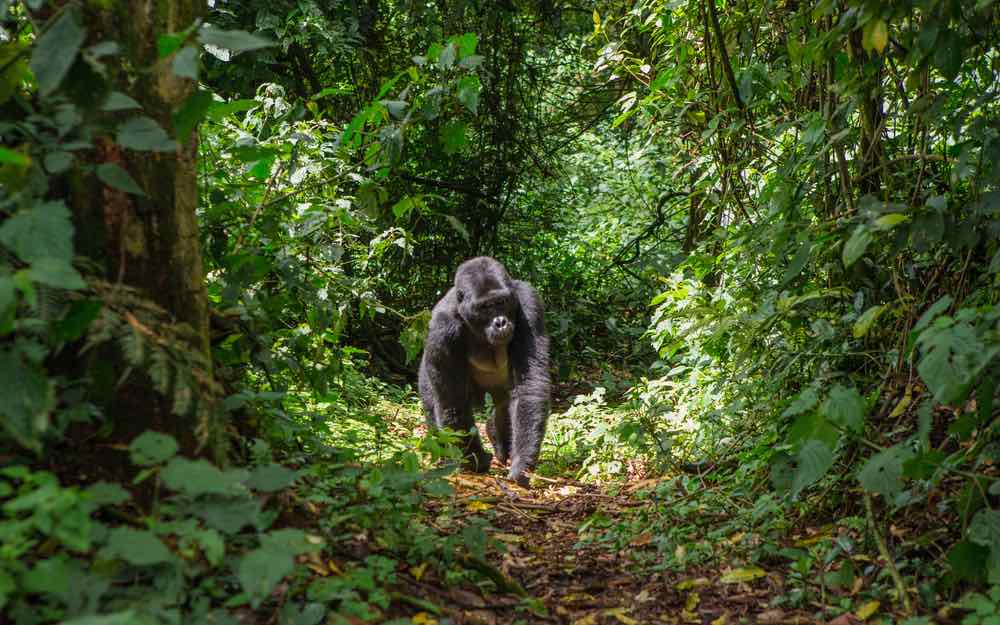 Often referred to as the ‘land of a thousand hills’, Rwanda is a country known for its lush mountainous terrain and complicated political past but mostly as one of the best, and only remaining places on the planet where you can see the endangered mountain gorilla in its natural habitat.

The misty slopes and dense jungle terrain of Volcanoes National Park is home to approximately a third of the last remaining mountain gorilla population on earth, a protected area that is the heart of gorilla trekking in this country and which plays a vital role in conserving the species. The main threats facing the mountain gorillas are habitat loss, poaching and disease and conservation efforts are integral to their survival. Trekking, which sees visitors hike through the forest on foot in small groups to view habituated family groups of gorillas, has become a critical contributor to tourism revenue, which in turn supports conservation efforts in the country, as well as raises awareness around the plight and status of the species.

One of the largest contributors to conservation funding is gorilla trekking permit fees, which while costly are an essential means of controlling and funding gorilla tourism. A limited number of permits are issued per day and national park officials accompany each trekking group to ensure that gorilla trekking etiquette is maintained. Permit fees help fund the management of the reserves, monitoring and research, and go toward the salaries of the rangers who protect them and the upliftment of local communities.

Boosted by the work of individuals such as Dian Fossey, conservation efforts have been underway since the late 1960s to help rehabilitate the species and have been successful in raising the numbers, which currently sit at around 1 000, but while this increase is encouraging, the status of this species still hangs in the balance.

Gorilla trekking can be done in the three countries whose protected parks straddle the Virunga Mountains – Democratic Republic of Congo, Uganda and Rwanda. While all countries offer a unique experience, Rwanda offers certain advantages. Its Volcanoes National Park (which encompasses five out of the eight volcanoes that make up the Virunga range) is only about two to three hours by car from Kigali (the capital), making it a very accessible destination for gorilla viewing if travelling directly from the airport. It is also thought of as the ‘easier’ trekking destination due to its thinner rainforest vegetation, which allows for easier viewing and less arduous hiking, and is therefore more accessible to a bigger variety of visitors.

That being said, gorilla families move continually within their territory and your trekking will last as long as it takes to get to their current location through the mountain paths and hills. Guides will assign hikers of different strengths and fitness levels to different gorilla families (stronger hikers will be given a family that might be further away from the starting point).

Given the sensitive nature and precarious status of the species, gorilla trekking comes with certain important and specific guidelines, for the safety of guests, but most importantly the wellbeing of the gorillas themselves. The interaction with the gorillas is a strictly regulated affair lasting only an hour, and done in small and limited groups each day. Touching these animals is prohibited and a wide berth is enforced (gorillas are very susceptible to human germs and precautions are taken to ensure that no human diseases can pass to the them).

We can advise on the finer points of this poignant, once-in-a-lifetime experience, and can navigate the ins and outs of crafting a trip for you to this inspiring place. 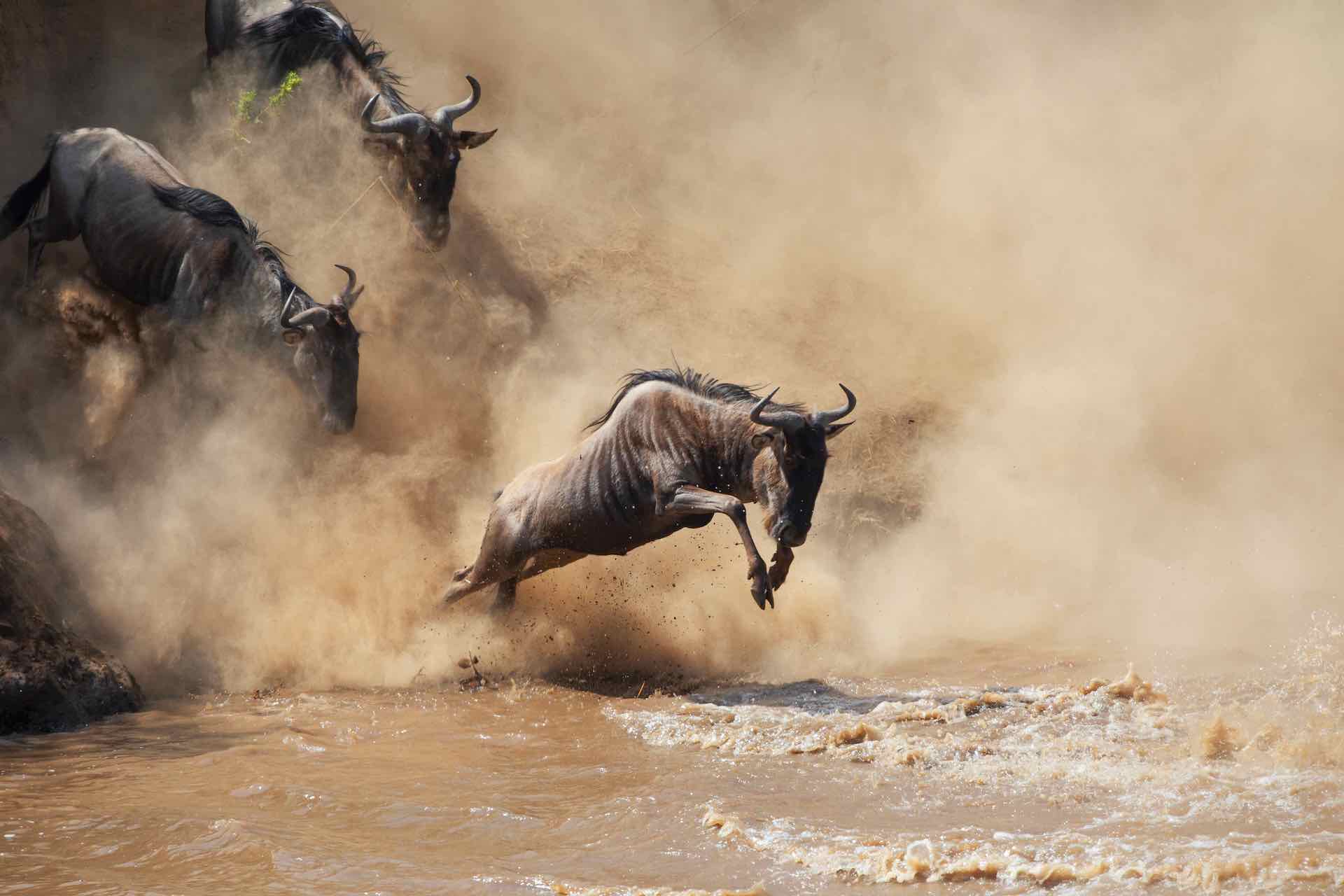 When to see the Great Migration in Africa 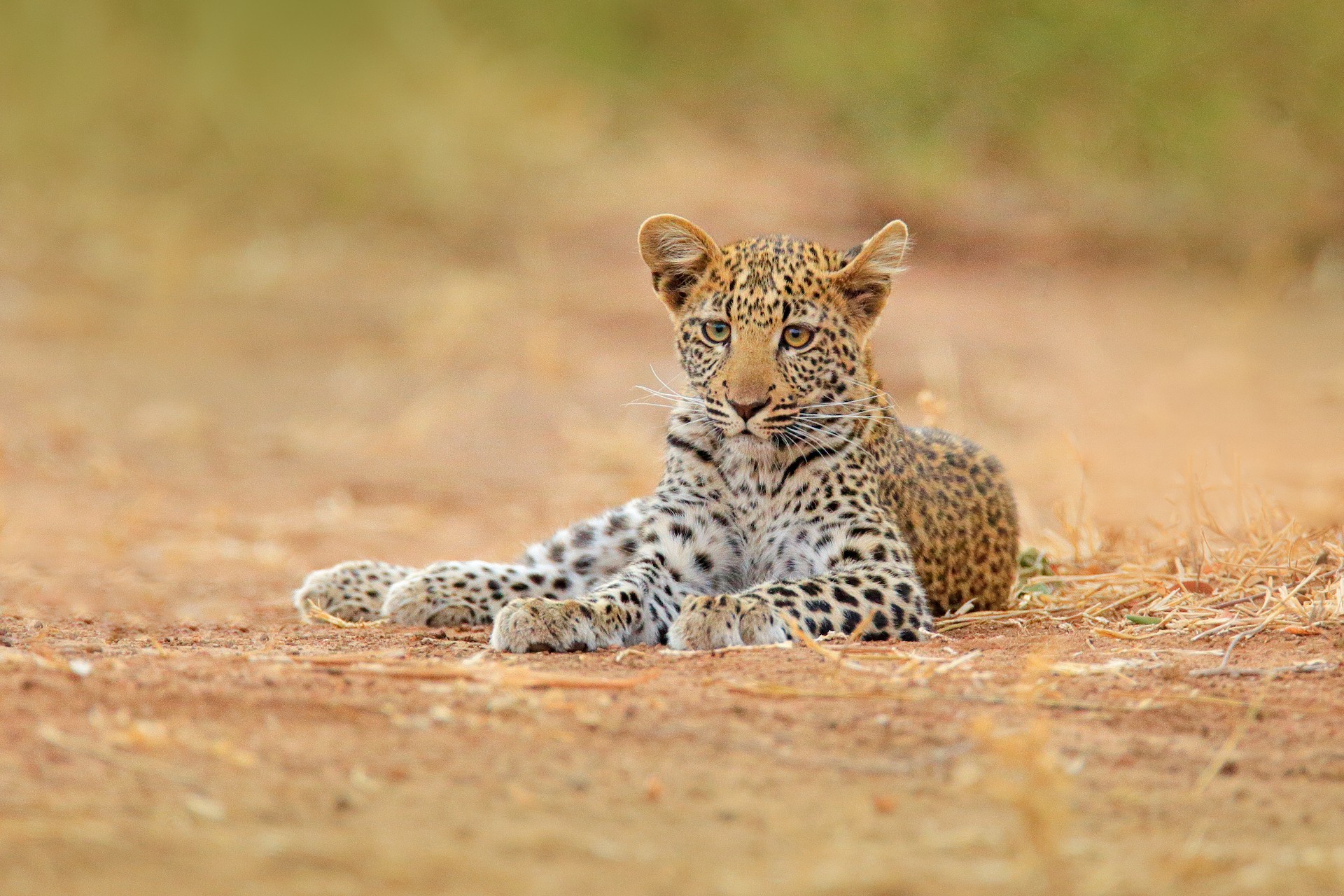 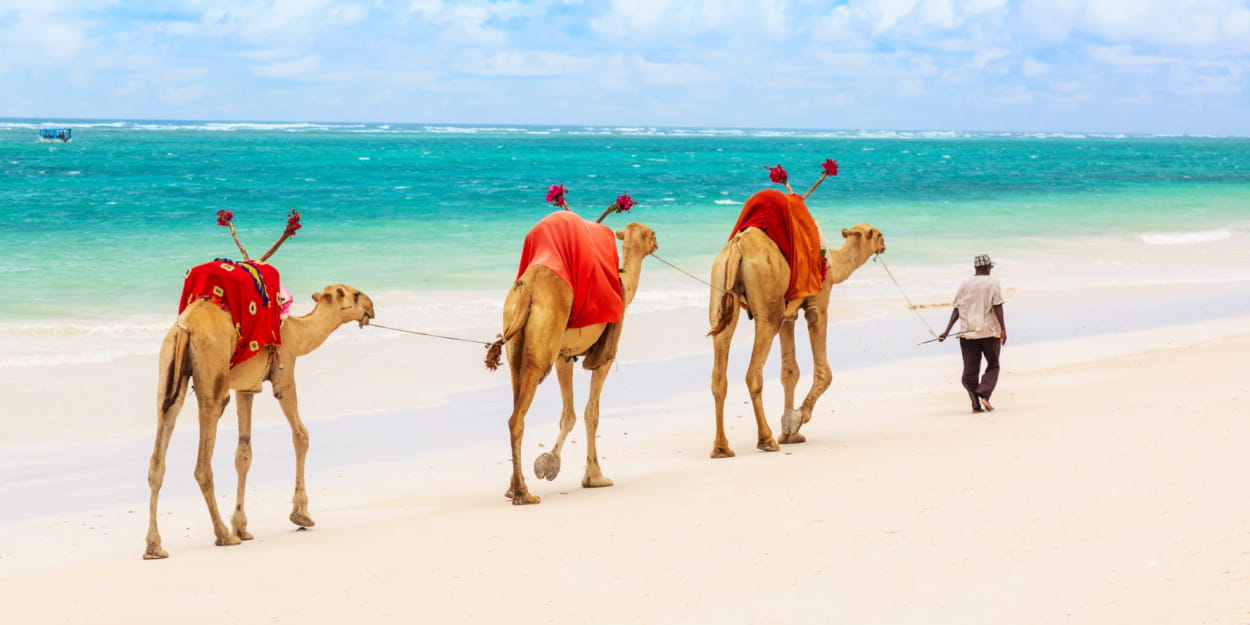 Beyond The Migration : A Tour of Kenya 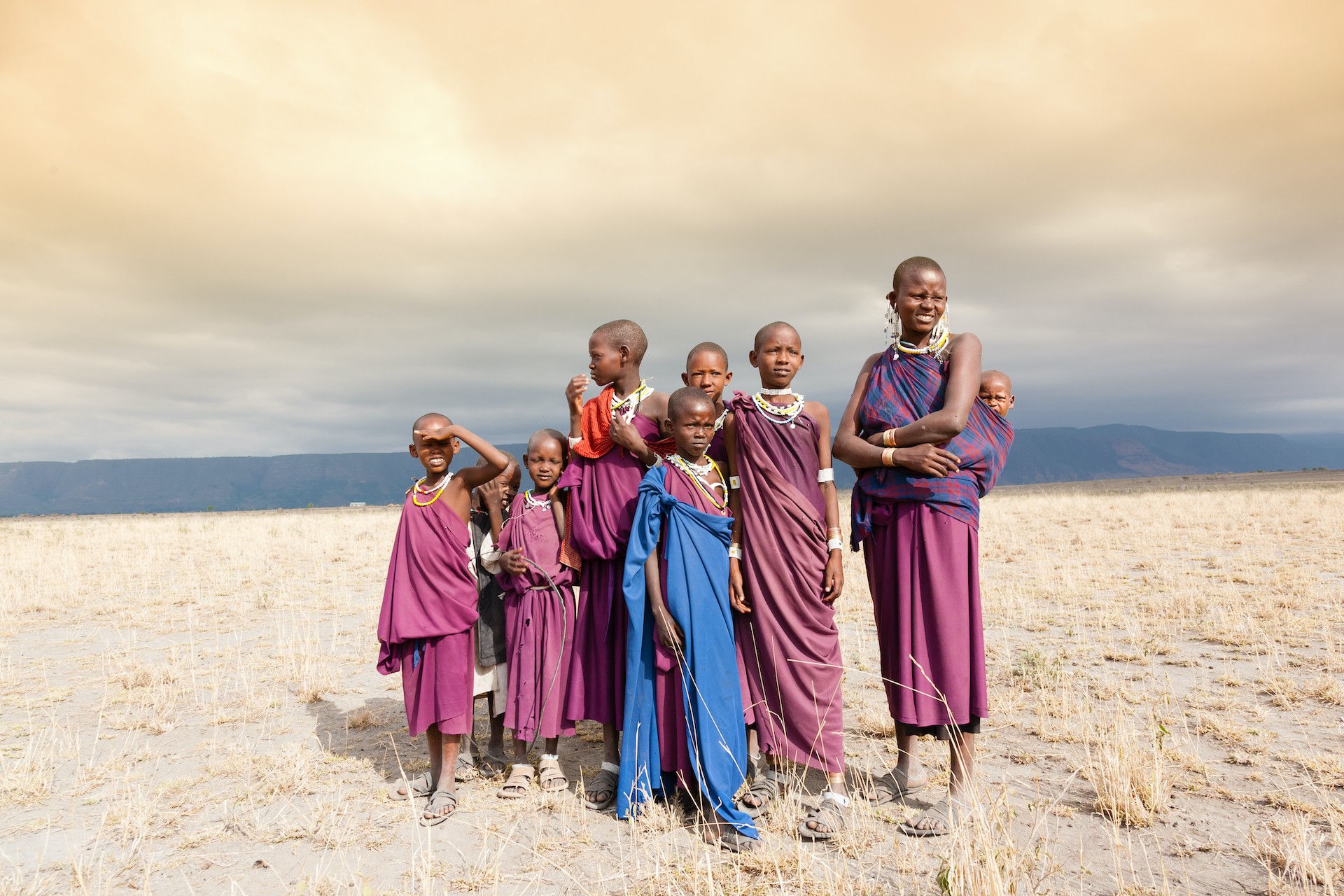 Beyond safari : the onward journey 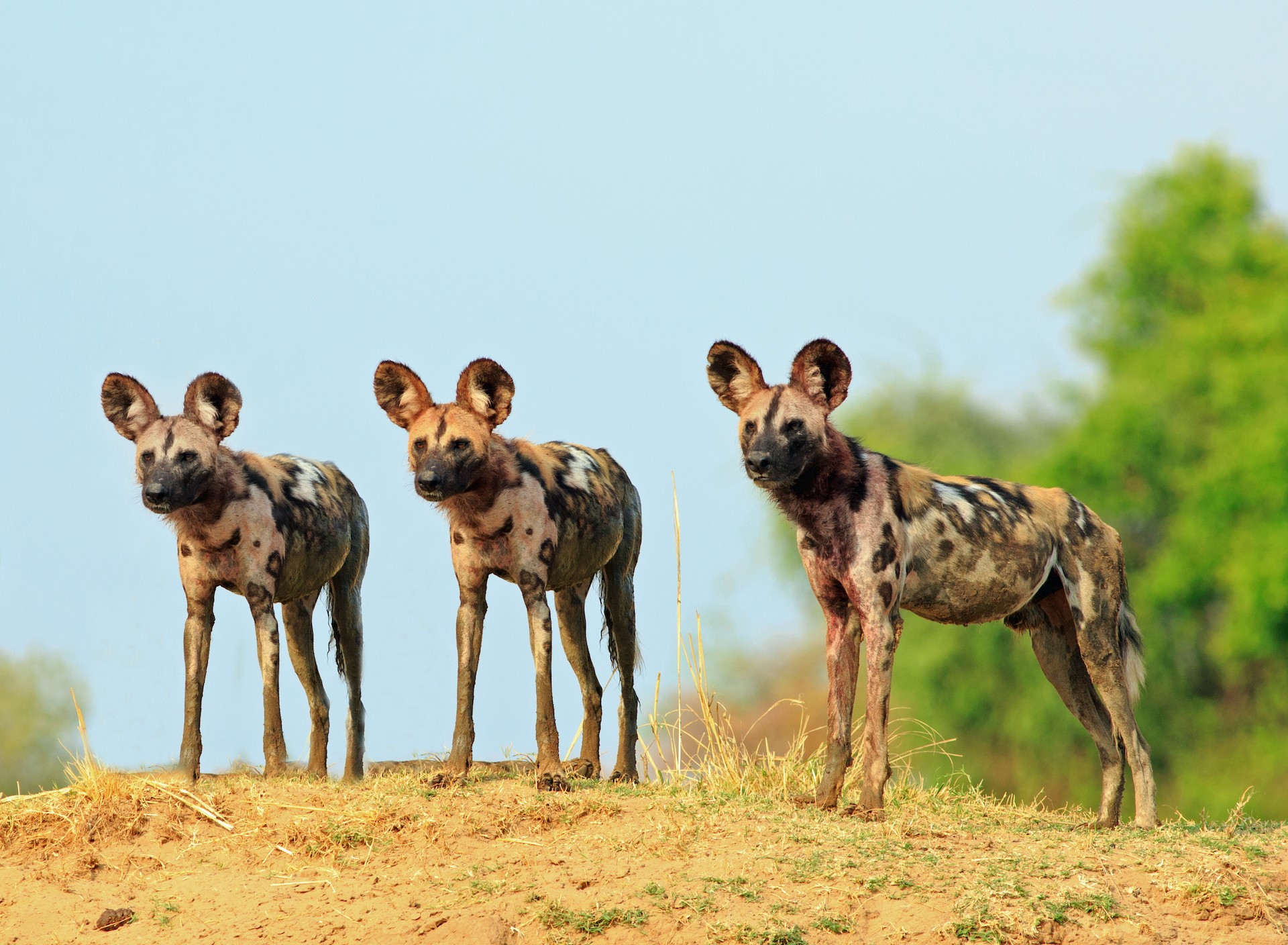