Starting fromUSD 8520 per person sharing
ENQUIRE ABOUT THIS TOUR NOW

Explore the national parks of Rwanda and Uganda on this unforgettable gorilla tracking tour with Safari365. 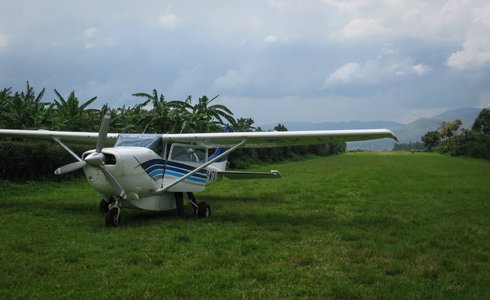 Upon arrival at Entebbe International Airport, Uganda, you will be met and transferred to a lodge by a Safari365 representative, where the night will be spent before commencing ultimate primate safari. 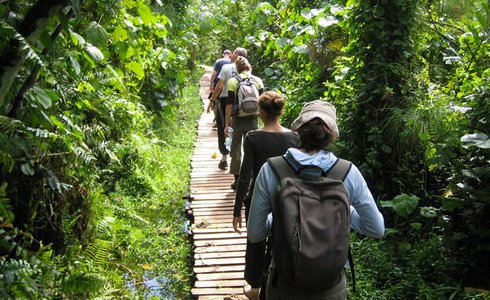 After breakfast you are met by the guide and depart for Fort Portal, in the northern foothills of the Rwenzori Mountains. Before entering the town of Fort Portal travel through scenic landscapes of rolling hillsides with tea plantations and the Rwenzori Mountain range in the background. After lunch in Fort Portal depart for the Kibale Forest National Park, passing through a few scenic crater lakes and into the dense tropical rainforest, base for the duration of the chimpanzee tracking adventure. The chimpanzee tracking tour begins early this morning in the company of Kibale researchers and habituators, into the Kibale Forest National Park. Here chimpanzee families are sensitively followed during their daily activities, thereby getting them used to human presence without altering their natural behavior. Expect to see the chimps de-nesting (coming out of their nocturnal nests) between 05H30-06H30, before following them during the day until they create new nests and retire for the night around 19H00. After the chimpanzee tracking experience, drive back to Your Uganda safari camp. 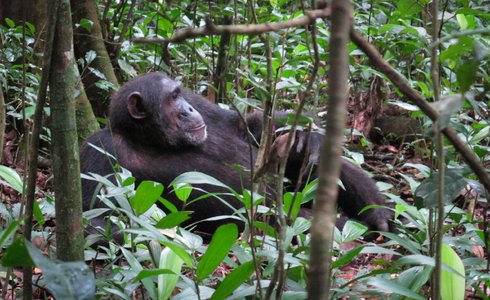 After breakfast travel from the Kibale Forest at a leisurely pace to Kasese Town, passing through fertile agricultural land and the lower slopes of one of Africa's largest mountain ranges – namely the Rwenzori Mountains. On the way to Kasese Town, pass through the little road-side town of Hima, famed throughout Uganda for its Cement Factory. From Kasese, cross the equator as the road passes though the Queen Elizabeth National Park. Upon arrival at the park, embark on a game drive en route to the lodge, enjoying wonderful sightings of the rare Ugandan cob along with elephants and buffaloes in the distance. The next day drive to the prime game viewing areas of Queen Elizabeth National Park. A network of tracks are evidence of a variety of animals including elephants, buffalo, waterbuck, lion, leopard, hyena and giant forest hog in the grassland thickets that cover the North Kazinga area near the Mweya Peninsula. One of the main attractions of the park is the 32 km long Kazinga Channel, which attracts a large concentration of mammals, birds as well as reptiles all year around. In the late afternoon set off on a boat trip to enjoy the spectacular view of the park's’ major wildlife ventures and a dazzling sunset. 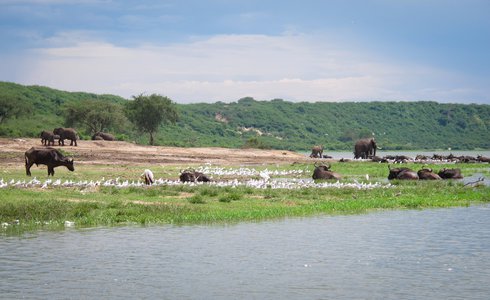 Depart the northern sector of Queen Elizabeth National Park, heading towards the Congolese border town of Ishasha. Before reaching town enjoy a game drive in the Ishasha Plains,presenting an opportunity to see the region’as famous tree-climbing lions. After game driving on the Ishasha plains, traverse through breathtaking scenery of rolling hills and terraced fields. By mid-afternoon/early evening arrive in the small settlement of Buhoma, the base for the gorilla tracking adventure in the Bwindi Impenetrable Forest National Park. Set off on the Uganda gorilla tracking adventure in the Bwindi Impenetrable National Park – home to half of the world’as total mountain gorilla population. While trekking through the dense forest, study the mountain gorillas in their natural habitat. Looking deep into the expressive brown eyes of the Gentle Giants of the Bwindi Impenetrable Forest National Park surely is the most exciting and poignant wildlife encounter that Africa has to offer. After this captivating and unforgettable experience travel back to the Uganda safari lodge. 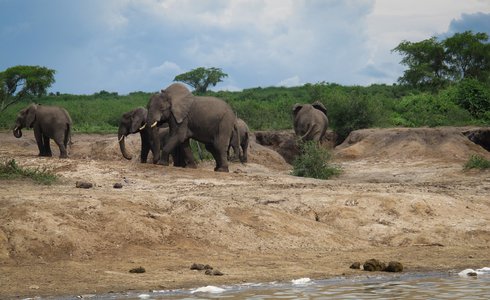 The Uganda gorilla tracking adventure continues despite leaving the northern sector of the Bwindi Impenetrable National Park via a scenic back-road with magnificent views of rolling hills and terraced fields. Passing through the bamboo and montane forest of the Echuya Forest Reserve, arrive in the town of Kisoro – set at the base of the Virunga Mountains. 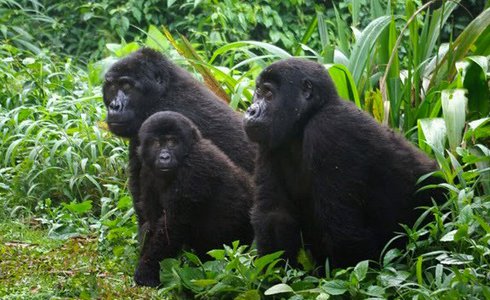 After an early breakfast, set off in search of the Golden Monkeys in the Mgahinga National Park. One may see these habituated creatures playing and performing in the forest, along with other wildlife such as Colobus Monkey, jackal, porcupine, Golden cat, giant forest hog, leopard, bushbuck, buffalo, honey badger, duiker, aardvark and elephant. Around midday drive from the town of Kisoro for the border. After immigration and clearing customs proceed to Musanze, overlooking Lakes Burera and Ruhondo to the South East and with breathtaking views over the Virunga Volcanoes to the Northwest. 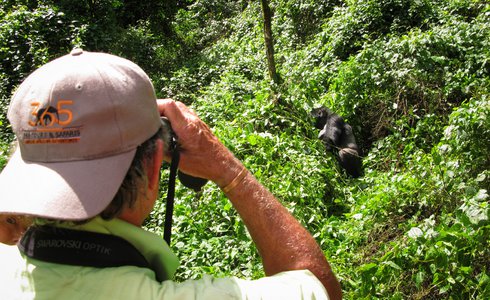 Depart early for the Volcanoes National Park, the base for the zoologist Dian Fossey. On the Rwanda gorilla tracking adventure enjoy the presence of the mountain gorillas for about an hour. Take photographs and see the antics of baby gorillas as they swing from one tree branch to another. After this unforgettable experience, depart for your hotel situated in Rwanda’as capital city of Kigali. 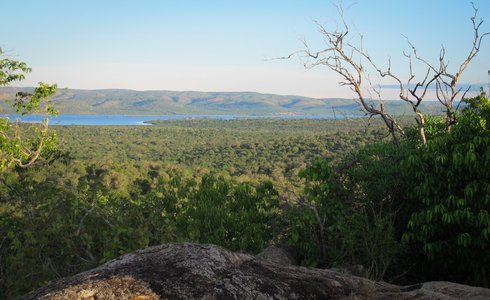 After a leisurely breakfast, check out, and visit the Kigali Genocide Memorial & Museum accompanied by your expert guide.Enjoy lunch in town before transferring to the Kigali International Airport for the flight home, thus concluding your Rwanda gorilla tracking adventure.