OUT NOW: Vanishing Kings Lions of The Namib documentary 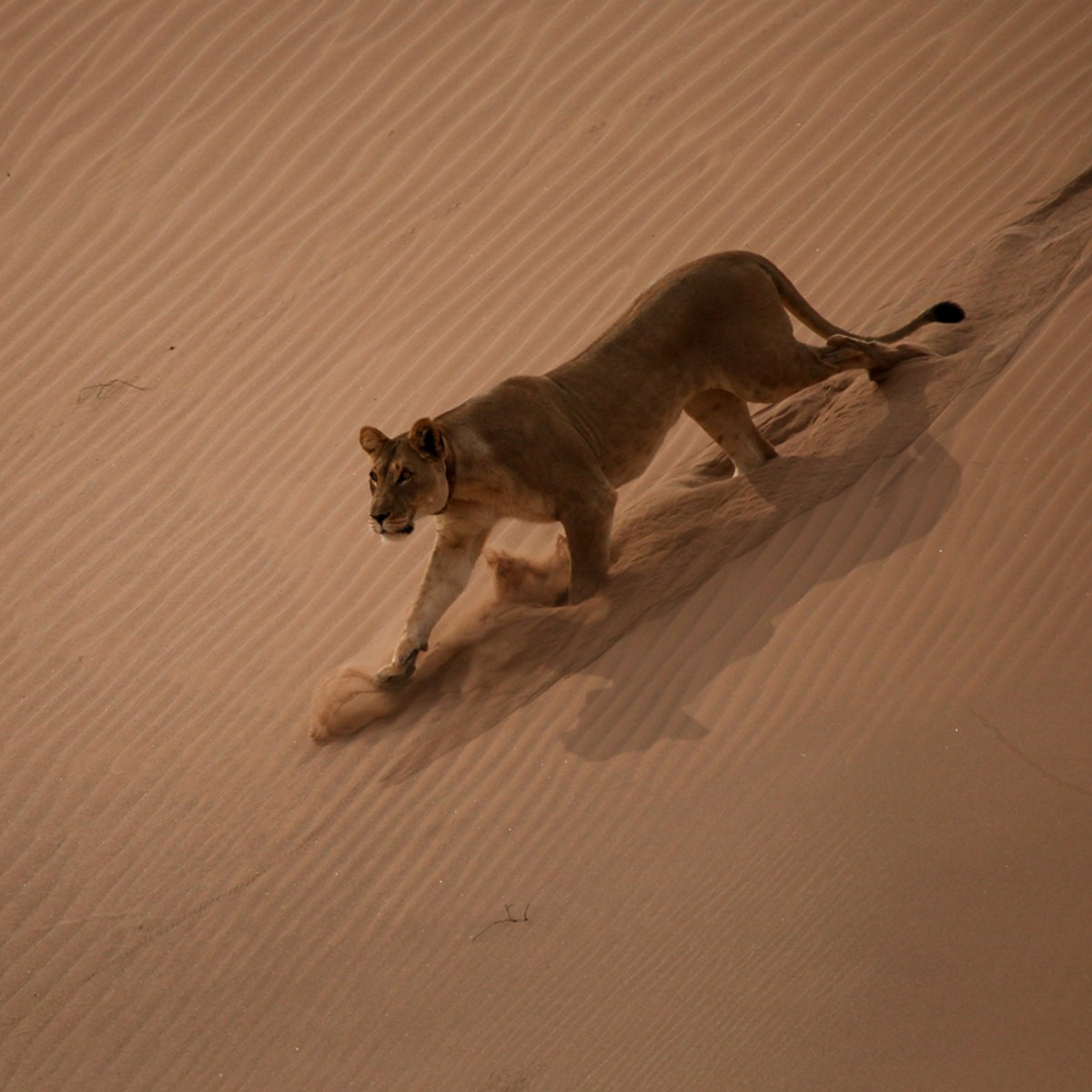 The hair-raising Vanishing Kings Lions of The Namib documentary is being released. The premiere, taking place in Swakopmund, Namibia, will no doubt shine a bright light on the Namib Desert’s awe striking and often mysterious beauty.

“It’s about the power of a pride, about family bonds, adventure and survival in one of the harshest places on Earth.”
Will and Lianne Steenkamp, Vanishing Kings filmmakers

The magnificent in-depth story goes where few documentaries (and safaris) have ventured before. Shot over nearly 2 years, the hour-long film follows the survival of a special pride of lions along the Skeleton Coast and Namibian desert.

As a result, the visuals have granted filmmakers Will and Lianne Steenkamp (Into Nature Productions) noteworthy global partners. “Our primary broadcast partners include ORF from Austria, the Smithsonian Channel in the USA and ARTE in Germany and France,” say  the Steenkamps. “National Geographic International will also be getting involved for the rest of the world broadcast territories”. 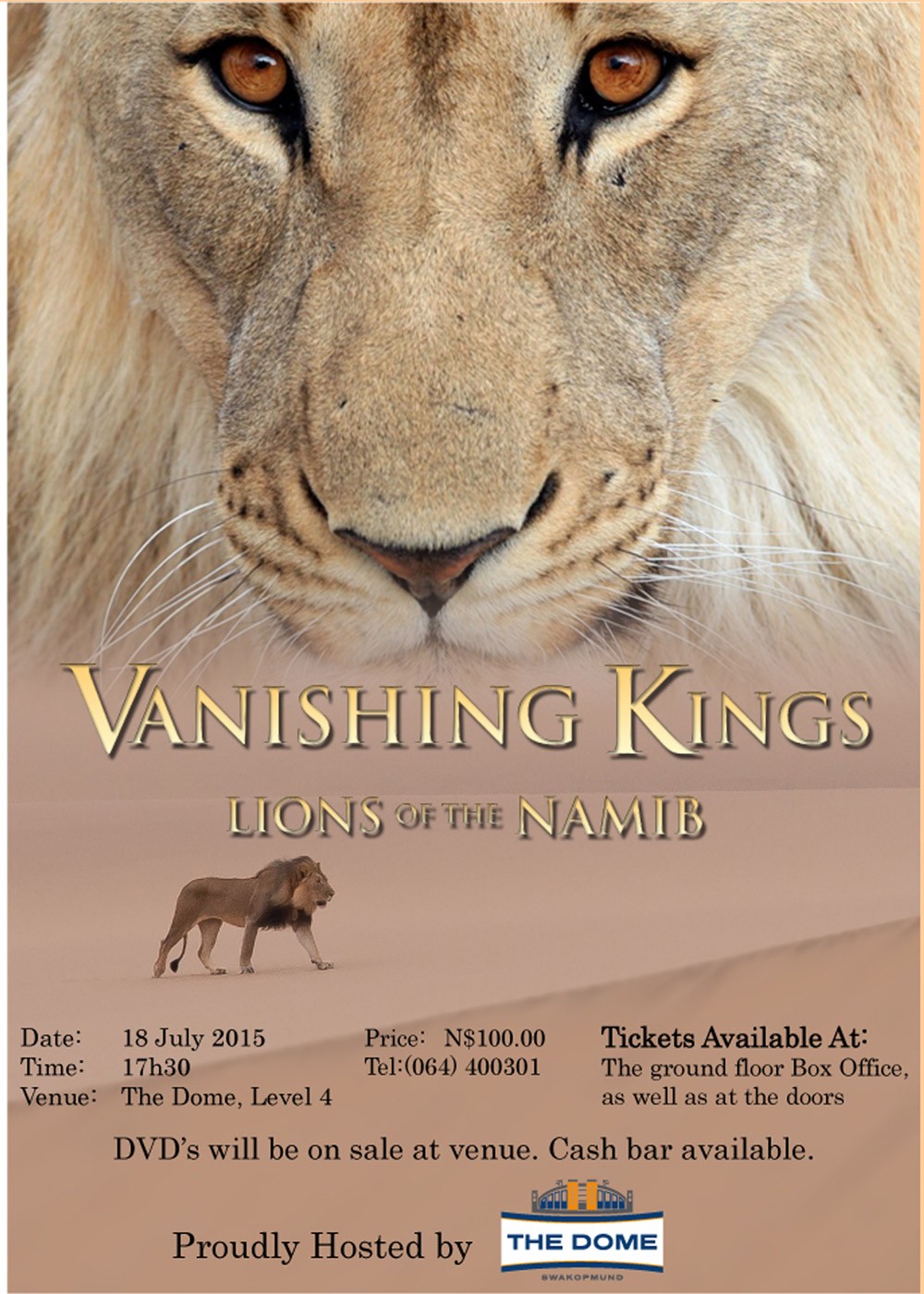 The documentary will highlight the inevitable struggles experience by the desert lions that form a small population in Namibia’s Kunene region. Human-lion conflict has been hot topic in Namibian press –whilst Government, communities and conservation entities work endlessly for co-existence.

Ultimately, the Vanishing Kings documentary is an intimate story of what it takes to survive as a true desert-adapted lion.

“The main aim with our films is to raise awareness, but more so to instill an appreciation for our natural world. Namibians are so fortunate to have such a unique and special kind of lion right on their doorstep but many children never get to see these remarkable animals,” say the filmmakers.

Filmmakers Will and Lianne Steenkamp are set to unveil their masterpiece to all Namibians at several special launch premieres. The first is the official Premiere (at the Warehouse Theatre on the 17th of July 2015). Conservation leaders, dignitaries and wildlife enthusiasts have all expressed their burning delight.

See links below for more information.