Rajyashree Dutt has travelled to a number of our African destinations. One of her favourite and most memorable is Tanzania. She shared a scene of her experience watching a cheetah hunt in action in the Ndutu region. Read about the highlights of her Tanzania trip in her previous Safrai365 blog post.

Three cheetah brothers were hidden in the scrub. A ring of safari cars around them… waiting. Suddenly Big Brother sat up, looking into the distance. Every fibre zinging with electric alertness, body language screaming ‘hunt’, Big Brother slunk off towards a large acacia tree. 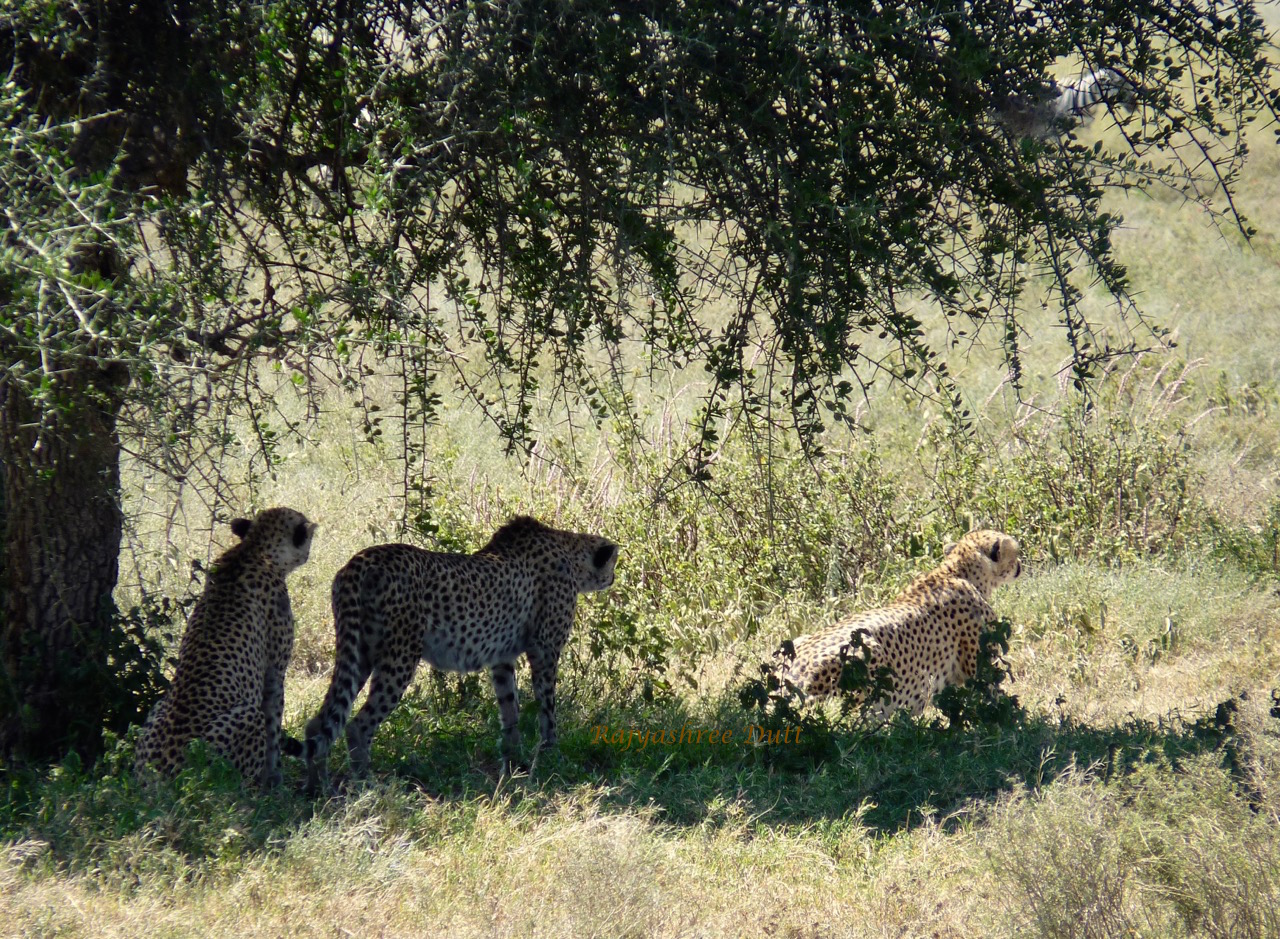 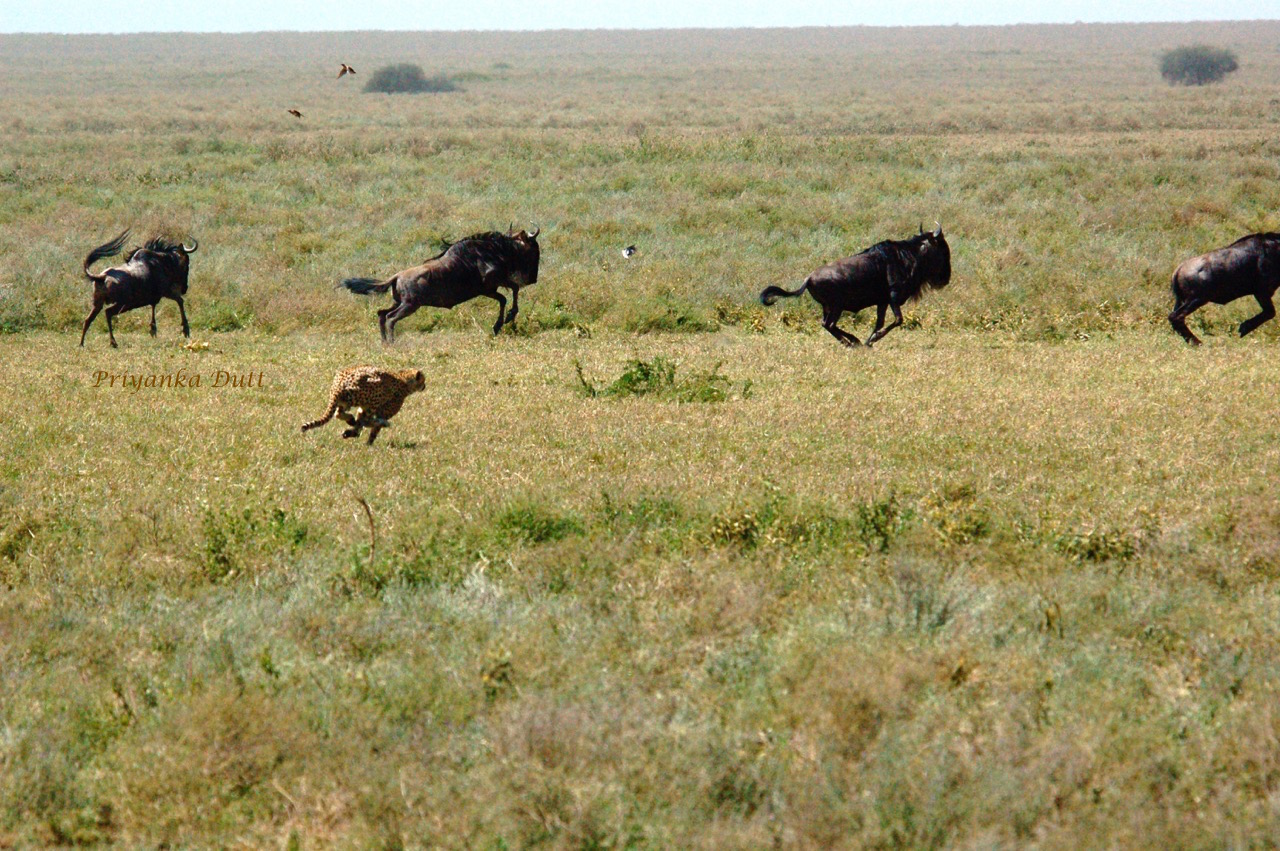 Second and Baby Brother followed their leader. For what seemed to be ages they sat under the tree looking out at the migratory lines of zebra.

And then the wildebeest appeared marching in single file. The cheetahs slowly morphed into sleek and stealthy hunters. Big Brother was on his feet, head low, shoulders rippling; every muscle in his body taut. He crouched. Got up. One soft step forward. Crouch. Nose to tail, Second Brother mirrored his every move. Baby Brother was looking the other way!

They stared unwaveringly at the line of wildebeest. Suddenly, as if a starter’s gun had gone off in their heads they took off, bursting out of the shade in the classic cheetah sprint, heading straight for the wildebeest.

As they shot off, so did our guide Mashine. He gunned the engine and lurched forward at a speed matching the cheetahs. Bodies inside our Land Cruiser flew in different directions. Cameras pointing all over the place as Mashine hurtled along. When he stopped we saw that the cheetahs had a yearling in a stranglehold. 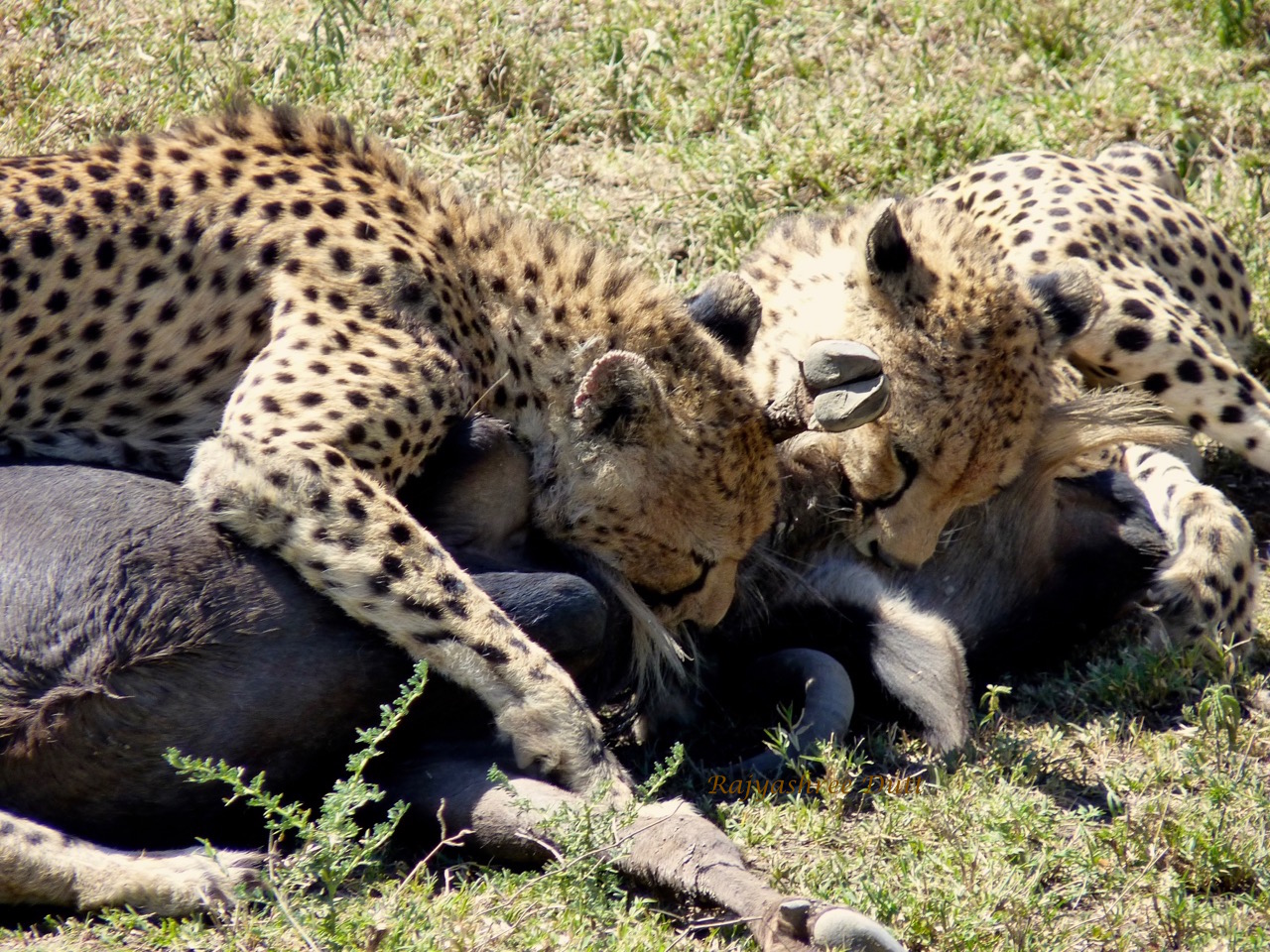 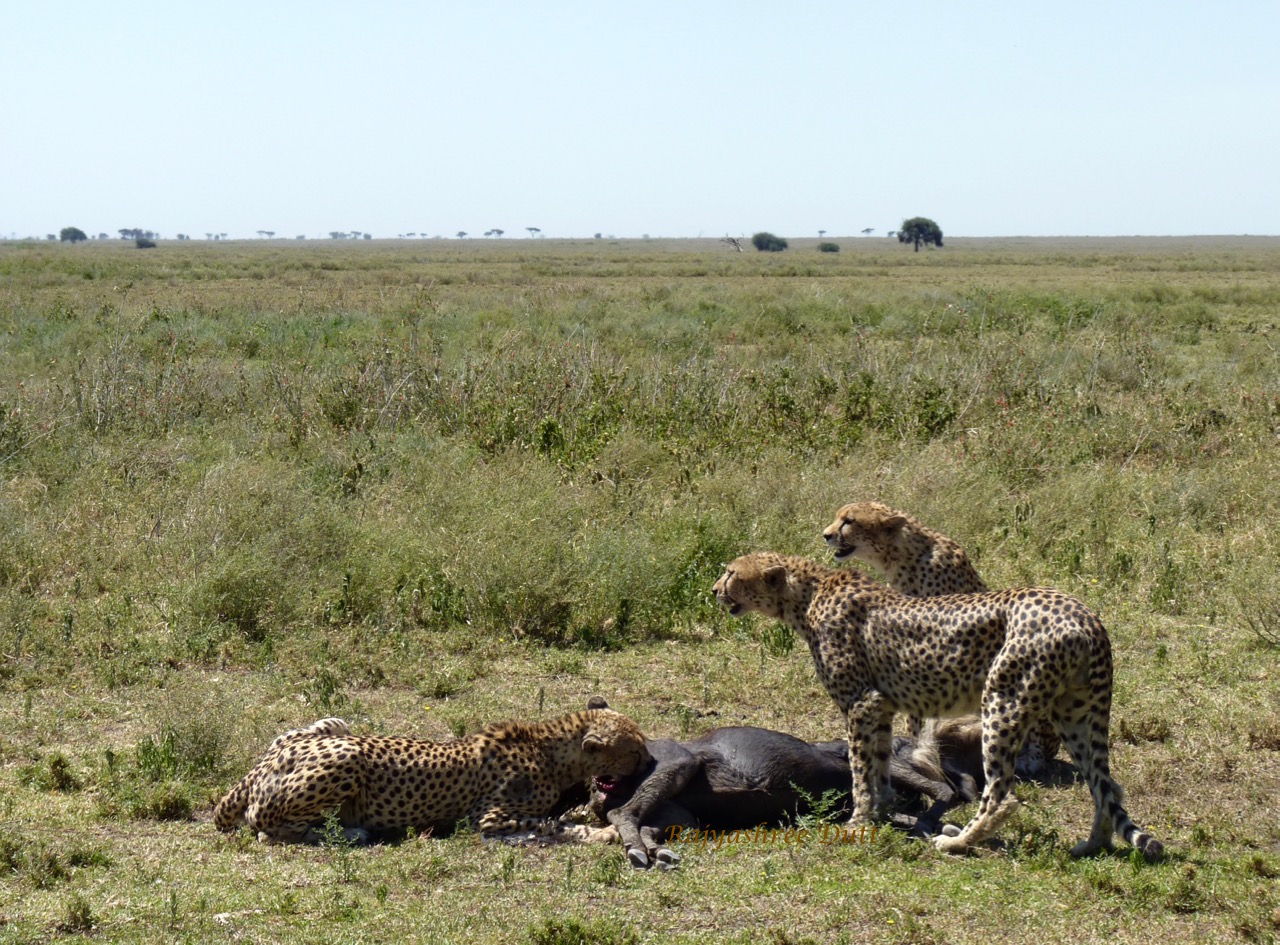 I had always thought I would not be able to stomach such a scene. But somehow, out there in the savannah it seemed like the most natural thing in the world. Nature is red in tooth and claw and something has to die so something else can live.

Are you looking to embark on a Tanzanian adventure of your own? Start planning your dream safari today!