Prides of the Serengeti

Encountering the Prides of the Serengeti

In June 2017, Safari365 consultants Wanita Lassen and Leticia Freire visited Northern Tanzania during an educational staff trip. During their time experiencing iconic safari destinations, their group spent time exploring Lake Manyara and the central Serengeti where they were lucky enough to have some special lion encounters! Wanita shared the highlights from her time with the lions with us.

Over the years, I have heard so much about the tree climbing lions in Tanzania, and was hoping that someday I would be lucky enough to see them.  On a recent educational safari in the Serengeti I had a truly special experience; it involved four lions, unbearable temperatures and a tree.

Lake Manyara has been made famous by its tree dwelling lions. However after exploring Lake Manyara for a while, we did not see them, so I all but gave up on the experience. This is because the lions are not so readily seen in most areas of Manyara National Park thanks to the thick vegetation in the park. In the Serengeti, thick vegetation is not always a problem making sightings a bit easier so I still maintained a bit of hope.

Later on we were driving in the Central Serengeti to our next overnight stop. It was getting hotter by the minute when our guide SP quickly stopped the vehicle and pointed out to the right.  Following his hand, I saw a group of lion lounging on the branches of a tree. Everyone was amazed at how precisely the lions had set themselves up into the perfect sleeping position. 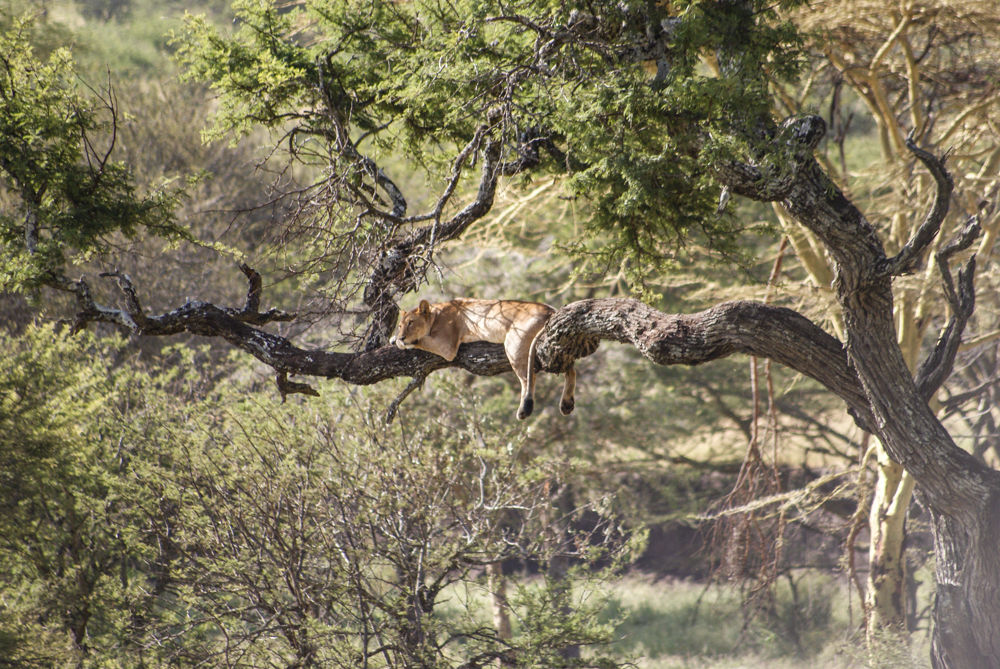 It was a pity we did not see how they got into the trees but they were so well balanced on all fours with their tails just dangling over the edge of the branches.  When we asked SP how he managed to spot them he said it was by seeing a tail hanging.  They were a bit far in the distance but we still managed to spend some time with them and took some photos. I had finally got to have this great experience that I only heard of. It was so amazing when I could see it with my own eyes.  So thanks to SP our guide for being so alert and having eye sight brilliant enough to spot far off wild life.

Early in the morning the following day we could hear the lions in the distance and we hoped that we would have another opportunity to see these amazing big cats. 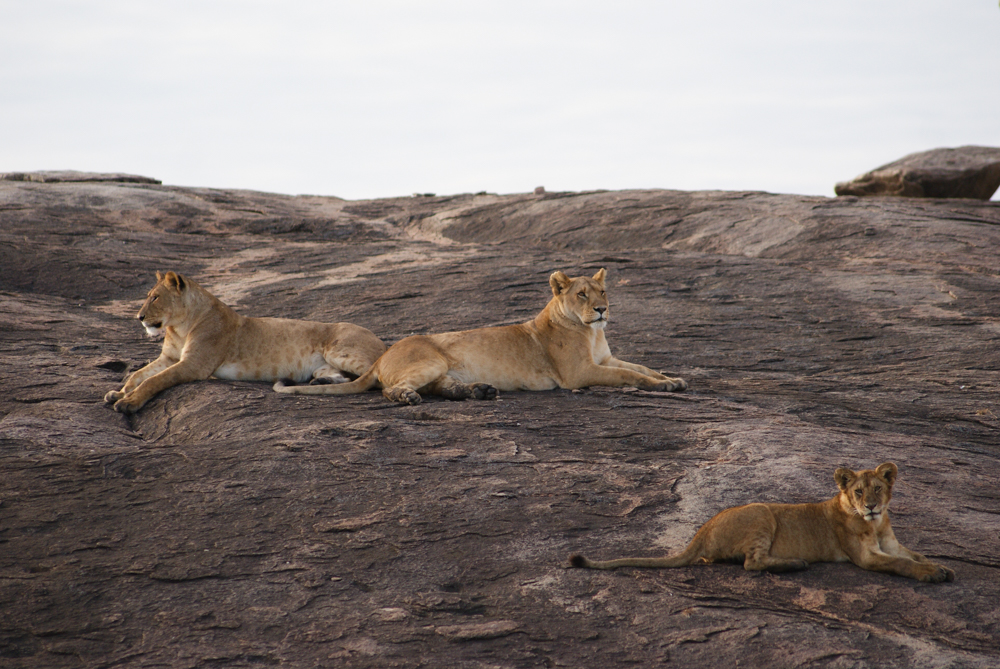 After witnessing the most beautiful sunrise, SP decided to take us to an area where he thought we might see some wildlife action.  And boy was he right! In the distance we could see a raised rocky area. The sun was moving higher, slowly shining more and more light onto the hill until it illuminated the rock and we could see the lions; not 2 not 4 not 8 not 10 but 22 lions in total! 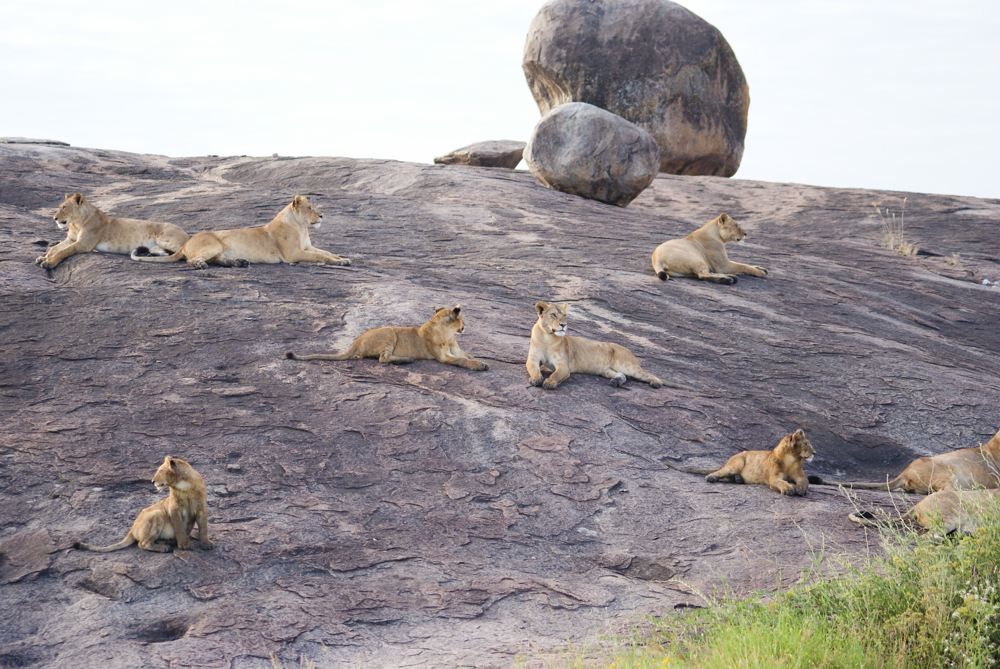 The pride was well camouflaged against the colour of the rock but we managed to get a great view of them.  It was a big pride and they must have been hunting the night before as they looked very well fed and totally exhausted. Most were just chilling on the rock and some had moved into the grassland next to the vehicles. 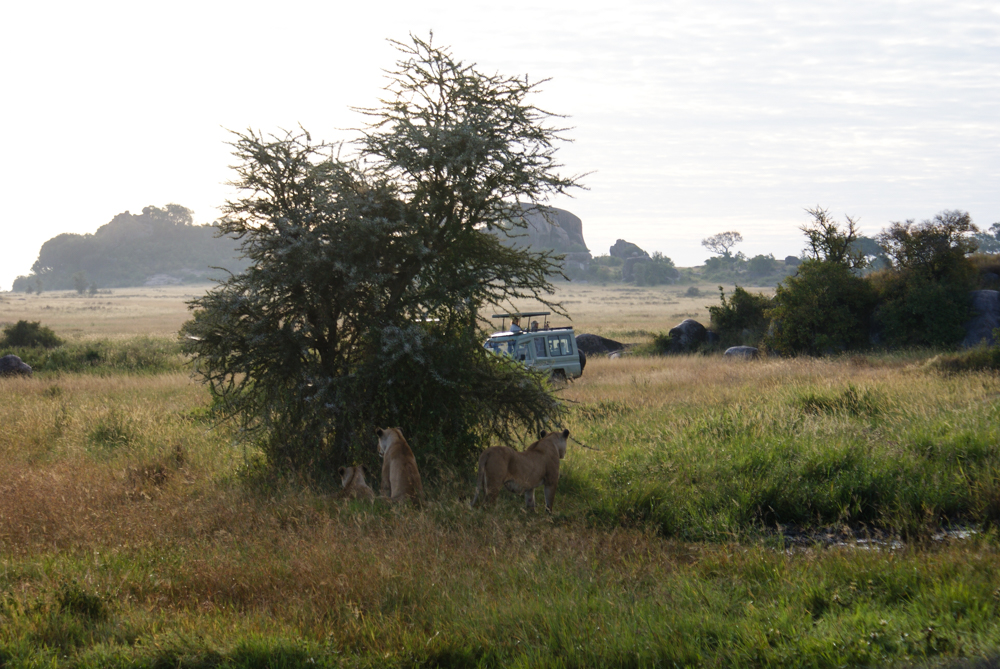 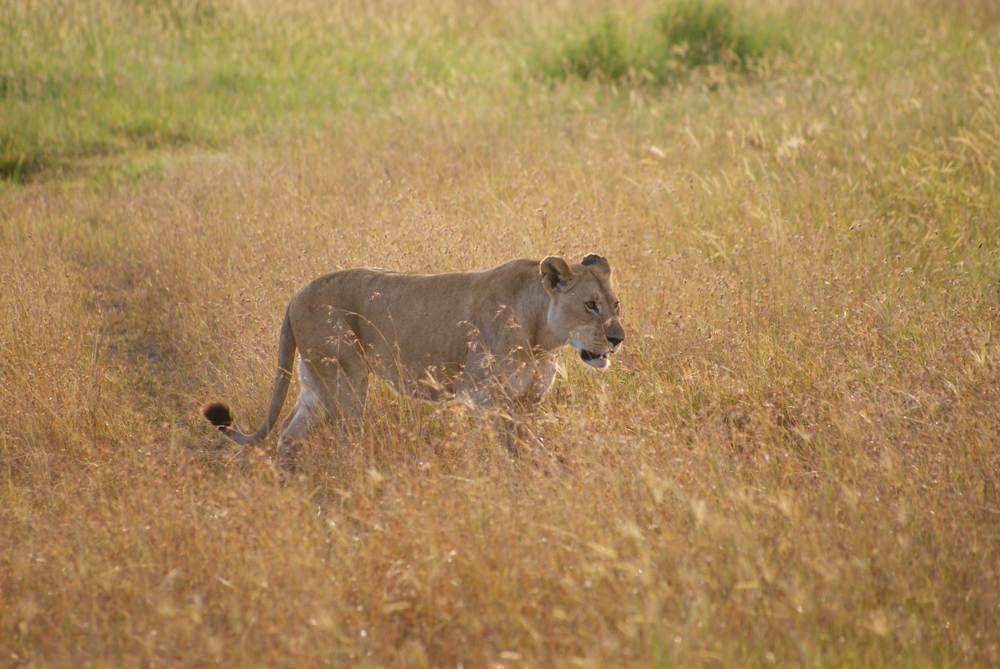 One of the lions was separated but on closer inspection we realized that she was still enjoying the last remnants from the kill the night before.

It was an amazing treat and an excellent way to start the day.  Thanks again to our guide SP - you rock!

Hoping to go on your own African safari adventure? Start planning your Serengeti Safari here!