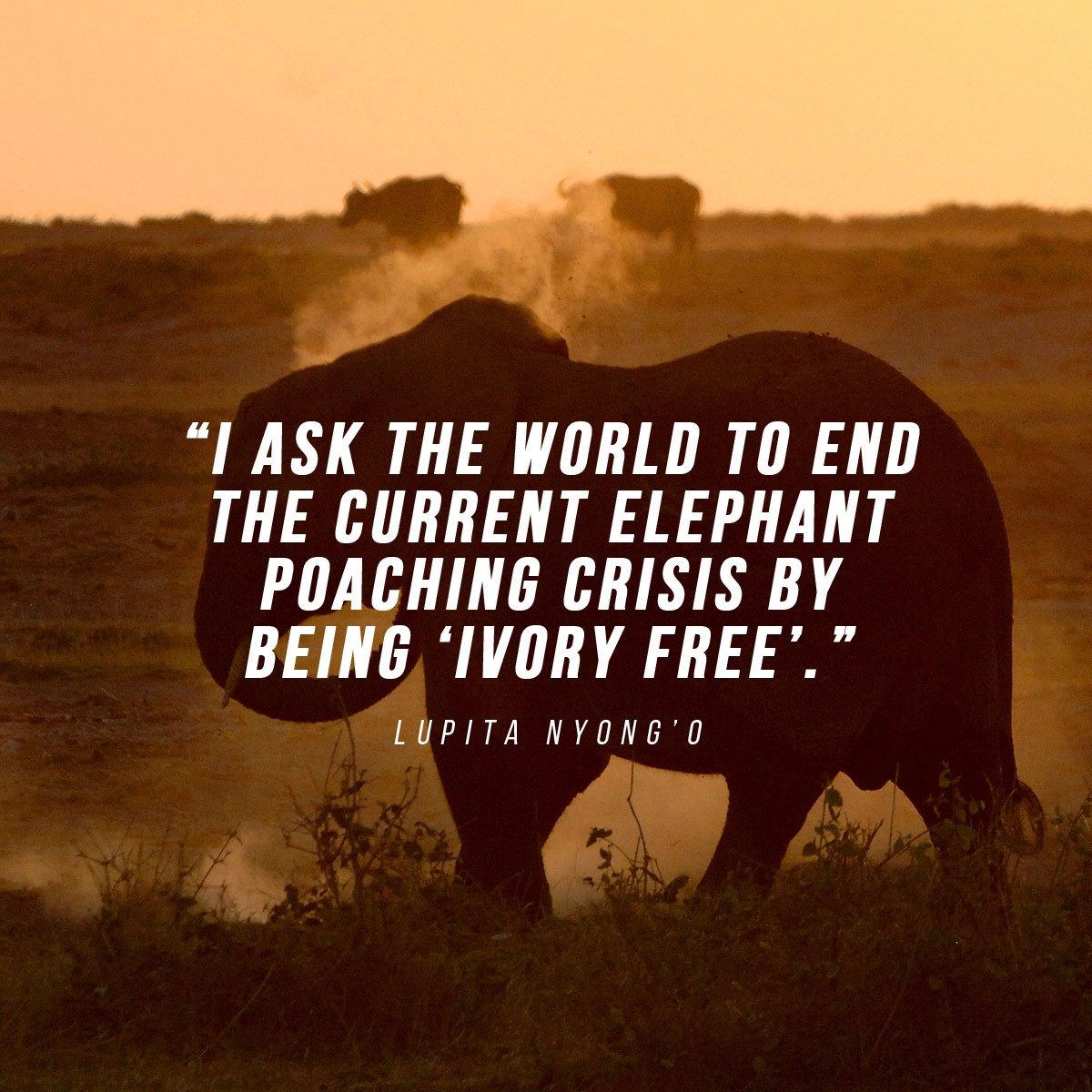 Looks like it’s not just us who are into Instagram safaris; actress Lupita Nyong’o has joined in with her own breathtaking shots of East Africa.

The Academy Award-winning star graced her home country Kenya to join forces with WildAid advocating for elephants – and by the look of it, had an incredible time. She’s no doubt incredibly proud of her heritage and has made it her mission to give back to the community.

Here are few of our favorites from her Instagram.

During a press conference in Nairobi she said, “I have come to realize that when you know more, you do more. I want to encourage people all over the world to learn more about these incredible animals. From reading a conservation website like WildAid.org to visiting one of the many, unforgettable, world-class national parks. I ask the world to end the current elephant poaching crisis by being ‘Ivory Free’.”

Lupita spent a large portion of her time in Amboseli National Park (with Amboseli Trust for Elephants and the David Sheldrick Wildlife Trust’s elephant orphanage) rubbing shoulders with local conservationists while filming inspirational anti-poaching messages. Her pieces will be used across a wide spectrum of mediums stating “poaching steals from us all” for Africa and “when the buying stops, the killing can too” for international markets.

“Brave and dedicated people are giving their lives to protect our elephants,” Lupita said. “They need all of our support from people in the United States and Asia by not buying ivory, and from Kenyans in supporting anti-poaching by reporting wildlife crime. Poaching undermines national security and endangers jobs and community support derived from tourism.”

Nyong’o had now joined a collection of celebrities including Prince William, Jackie Chan, David Beckham and Edward Norton who have featured in WildAid campaigns. WildAid CEO Peter Knights states, “There has been a 50% increase in awareness of elephant poaching in China in the last two years, 95% of Chinese surveyed support a ban in ivory sales, and the government recently announced a phase-out of legal ivory sales. Kenya has passed new stricter laws and is cracking down through the courts. So there is some light at the end of the tunnel for elephants, and we hope Lupita can help us all secure their future.”